I've only had one hobby related incident that required a trip to the accident and emergency room. It happened almost two decades ago and was the result of me throwing up a middle finger to any sensible knife-use advice I'd been given over the years. Why use a cutting board when I can chop a plastic zombie head in two as I press it against my thumb? thought I.

The resultant splitting of flesh went to the bone, made the tip of my thumb look like a Han Solo butchered Tauntaun chest, required some specialist medical closing and (I'm thematically upset to say) was done while converting Nurgle models, rather than in tribute to what would have been a far more apt Khorne creation.

Almost 20 years later, my thumbs are pockmarked with various nicks and slices after building a massive amount of new Nurgle models. No wounds that required a hospital visit this time, but enough to remind me that us model makers keep superglue close for a reason - to make the multitude of small wounds stop bleeding!

So, yeah, I've made quite a lot of models for my new Nurgle army over the last month. Woo! 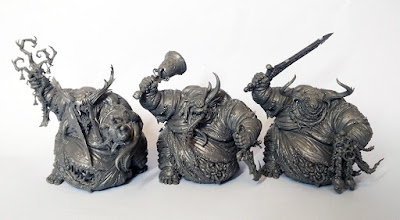 The awesome new Great Unclean One/Rotigus kit was the start of it. As soon as I saw it I knew I had to paint one... or three! From there I got carried away with more Nurgle goodies (assuming you don't already count >1 GUO kit as getting carried away). I think I'll hold onto one GUO (maybe with all the options to swap), keep Rotigus, and sell the final GUO after it's painted, to make back some pennies. 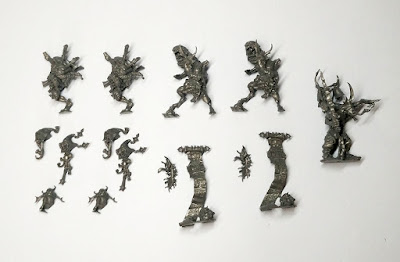 In the running for the Best Named GW Model in a Very Long Time award, it's Sloppity Bilepiper! He (it?) is joined by the Scriviner and Poxbringer. I'll sell a Bilepiper and a Scriviner. Painting multiples of the same model is very time efficient, so it shouldn't take much longer to do the extras. The money made will hopefully go some way towards getting me this army at a much-reduced price. 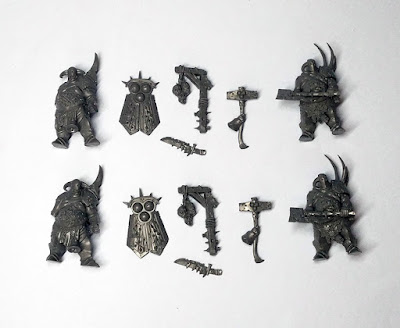 The new Lord of Blights is such a badass and the old Lord of Plagues is hardcore too. I'm going to have fun with these guys and they'll look good mixed in with my Putrid Blightkings. 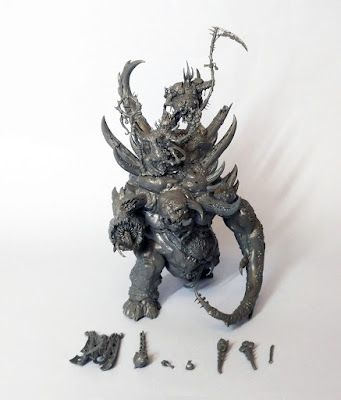 I had to wait for this foul beastie to get back in stock but it was worth it. On an amount of model versus amount of money spent scale, the Glotkin is some of the best value GW offers. There's a lot of gross flesh to have fun with here. My airbrush is excited (not a euphemism)! 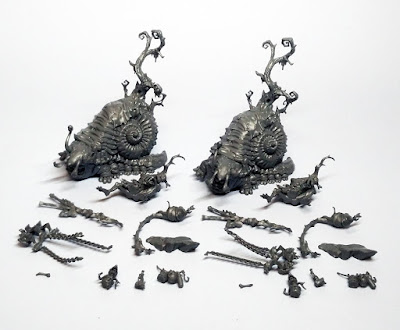 The fact that Horticulous Slimux is described as "a pragmatic and humourless being with a no-nonsense approach to battle and gardening alike" guarantees him a place in my heart and on my painting desk. One for me, one for eBay! 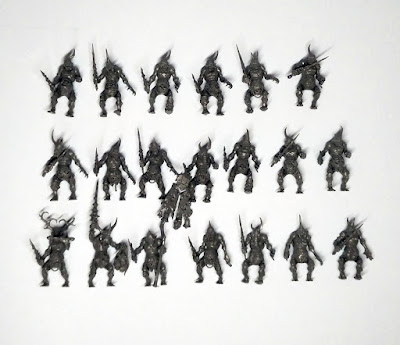 Getting a decent horde of Plaguebringers seems to be a wise start for my units. I got a copy of Blightwar (a Stormcast army may happen later this year) and a Start Collecting box to secure the majority of the rank and file models at a bargain price. If only the ridiculously good value Age of Sigmar core game contained Nurgle instead of Khorne! 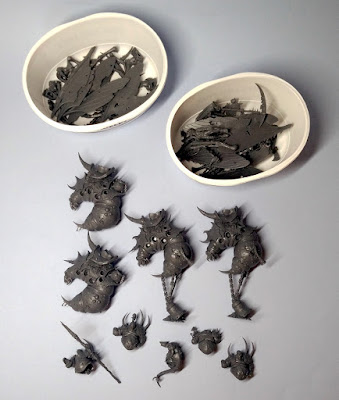 The Blightlords joined the army because I was taken by the Nurgling that comes with them more than anything else. That's not to say these models are bad, just that the little dude is truly awesome, riding on his mini Rot Fly! 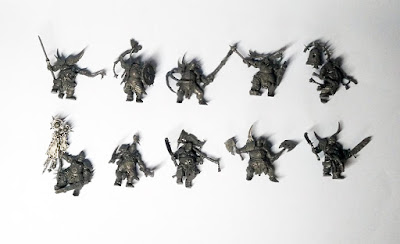 I'm excited to do some really weathered armour on these elite brutes. I think some strong contrast between rusty plates and foul decayed skin will look very striking. 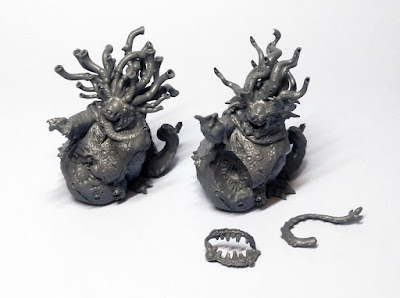 Seems that the new Beasts of Nurgle have been divisive. I think they're great and it's going to be fun making them look truly gross, slimy and horrible. 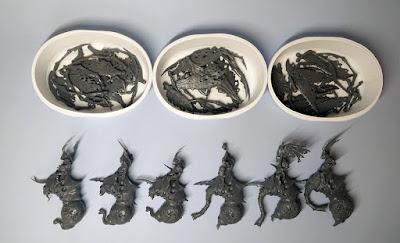 More Rot Fly happenings, this time bearing Plaguebearers. How much plague does a Plaguebearer bear if a Plaguebearer does ride Rot Fly, as the charming little ditty goes! I think that leaving the wings and limbs off will make for the easiest approach to painting. Sub-assemblies are something I use a lot when I paint. 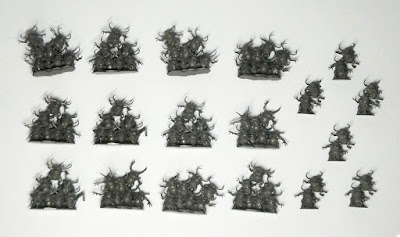 Nurglings! Gotta love these little dudes. I've left them un-glued so I can get at the details before committing to putting them together and hiding away lots of details in tough to reach areas. 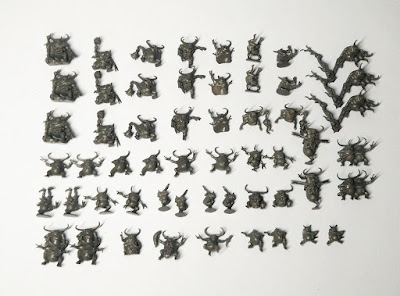 There's no specific army purpose for these lil' blighters just yet. I'll probably paint them up and place them wherever feels right during the basing stage. I just wanted to snap a shot of them together because there's so much character in this stack of little models that it makes me very happy!

I know next-to-nothing about how Age of Sigmar works. I took a little look when it first came out but it seems much has changed since then and I've never played a game. So, this list is simply 'the models that I own', with no consideration of their ability and no attempt to build a balanced army within a specific points total.

Eventually I'll work out a proper gaming army though, probably a few variants. When I do that, this lot will be the core I'll choose from before getting any new stuff. And, more importantly to me at this moment in time, once this horde of models is painted they'll look great sitting on my shelf too! 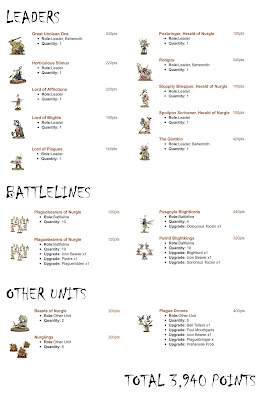